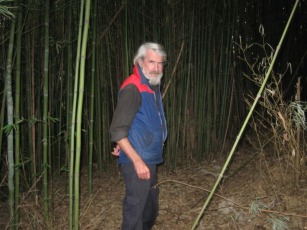 Jim in the forever running Aurea patch
The bamboo is harvested by myself and sometimes a friend or two from  a property not far from where the flutes are made..The aurea running bamboo is regarded as an invasive weed by the local landcare group so  my neighbour , Jim is usually happy for me to remove at least a little from near his boundary....
Some black bamboo is collected from other sources to make a smaller quantity of the popular dark bamboo flutes.  Unfortunately the Timor Back bamboo can only be used from a young clump as  once it ages the diameter of the shoot is too large ( makes good didgeridoos though.)
Once harvested the bamboo is stored on racks for six or more months to dry and cure...
The bamboo is then cut to approximate lengths before being heat treated over a gas stove to bring out the rich darker colors and natural resin of the bamboo.
The flutes are then handmade( knocking out the nodes ,drilling the holes, rasping and fine sanding the bore etc.) in the small workshop. They are  tuned to the correct pitch and a coating of thick natural tung oil is then applied to the inside and outside of the flute .This creates a beautiful luster as well as enhancing the tonal quality of the flutes..... More time is then spent on the better quality flutes e.g. perspex inlays and laquered bores of the shakuhachi.
Each flute has its own unique sound and appearance.....no two are ever the same........just like the folk who will eventually end up playing them...... 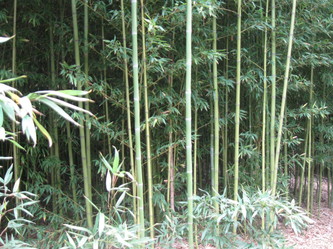 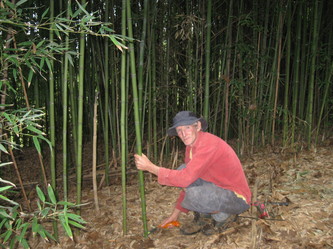 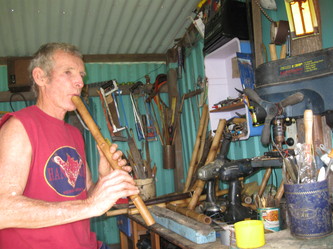 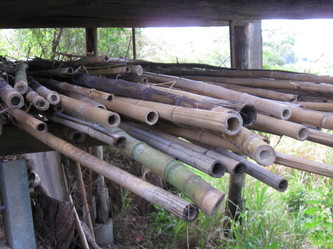 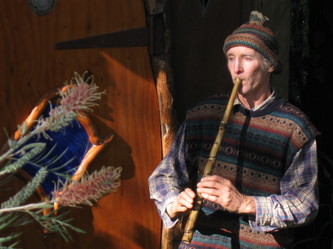 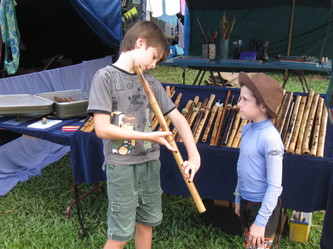 " Music is a higher revelation than all wisdom and philosophy. Music is the
electrical soil in which the spirit lives, thinks and invents."
Ludwig Van Beethoven